The Flintstones fancy dress costumes are a great idea for any fan of Fred Flintstone and his friends and family.   I can’t think of a better crowd than the Flintstones and Rubbles to dress up as for a group costume idea, yabba dabba doo!

One of our friends actually dressed up as Barney Rubble many moons ago and did a really good job of it.   I haven’t actually seen any of our friends dress up as Fred and Wilma yet though so it could be a great idea for hubby and I this Halloween – what do you think?

In a hurry? Shop The Flintstones Halloween Costumes Now!

Enough yapping about the Flintstones, let’s look at their costumes…..

The Flintstones’ patriarch is constantly scheming, although he has a big heart so if this sounds like you then check out the costume selection below.

There’s really no mistaking who you are with this outfit whether you’re saying yabba dabba doo or not! 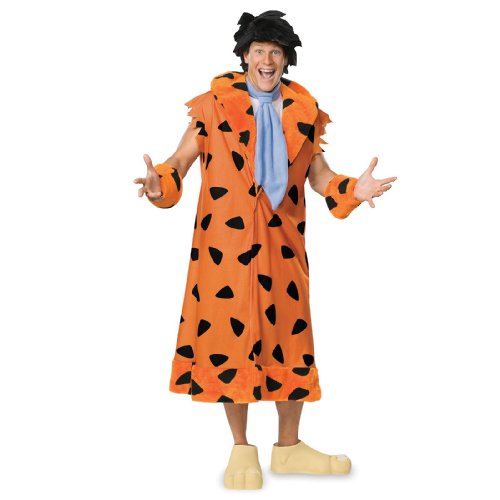 Fred’s long suffering wife Wilma is also instantly recognizable to everyone who grew up watching The Flintstones on television and if you’re looking for a great idea for a couples costume then Fred and Wilma Flintstone certainly make a fun costume idea. 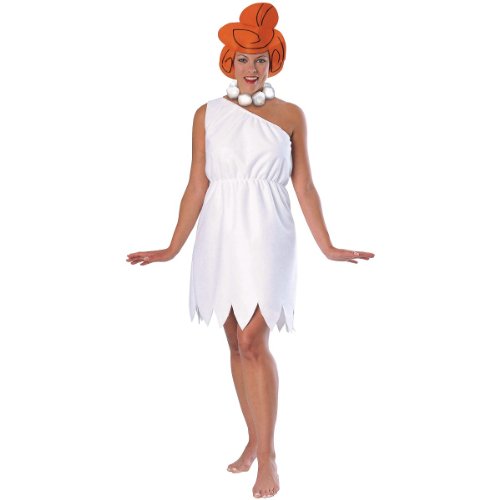 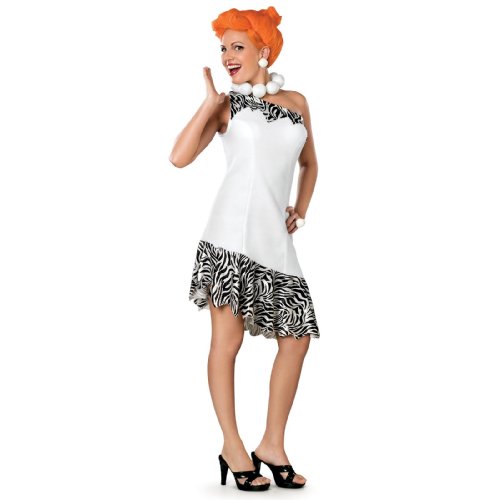 So before you can say yabba dabba doozie! You can dress up as Pebbles and be part of a Flintstones group costume idea. If you’re after a family costume then there are children costumes available as well.

You can’t really have Fred without his best friend Barney who would always do ‘whatever you say, Fred’ before they both landed up in trouble! I do have to issue a warning on this costume though …….. a friend of ours dressed up as Barney Rubble for a fancy dress party more moons ago than I care to say and he is still being called Barney by everyone. The look was a little too convincing methinks. 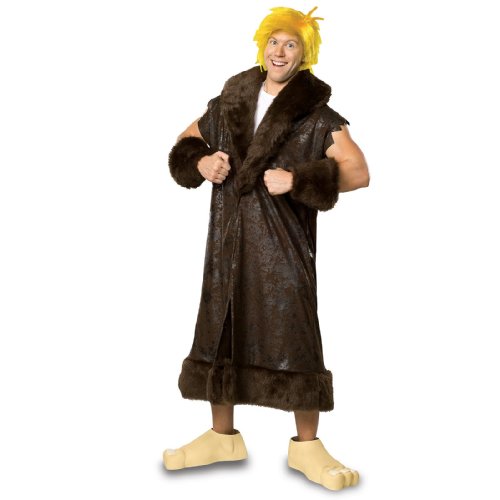 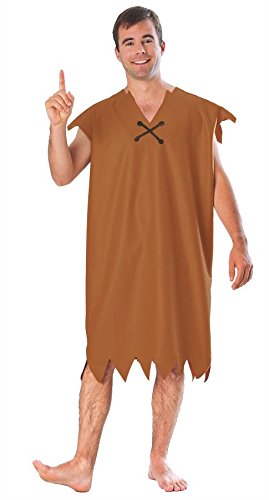 Great friends with Wilma Flintstone, Betty has to put up with Barney being regularly led astray by Fred and she does so while still looking pretty in a stone age way – This costume even includes the wig so is perfect if you want to dress up as Betty Rubble. I must admit I always preferred Betty’s blue dress to Wilma’s wardrobe. The shoes featured above aren’t included but then I don’t recall seeing her ever wear shoes on the cartoon so I’d go barefoot.

There are a few other options for Flintstone costumes such as Dino the Flintstone’s pet or Bamm Bamm the Rubble’s son, but I think I’ve covered the main Flintstones in this post. Of course you may decide that you don’t want to buy a ready made costume and the Flintstone’s costumes are quite basic which makes then a great idea for a diy costume.