To me Halloween is all about scary costumes and things that go bump in the night and the scariest movie character that I can think of is Freddy Krueger.   And so, let me introduce you to some Freddy Krueger Halloween Costumes.….

I’m not sure why I’m so scared of the Nightmare on Elm Street villain, maybe because I watched Freddy Krueger on screen at an impressionable age!

To be honest I think I can trace a caffeine addiction straight back to this movie (even with the few people I know there’s probably enough of us addicted to caffeine to launch a class action suit thinking about it!) as I drank cup after cup of coffee to try and stop myself sleeping for weeks. Somehow I still fell asleep and yet, thankfully, I also woke up!

The most distinctive part of the Freddy Krueger costume is the glove…..a glove that features metal blades in order to slash his victims…. 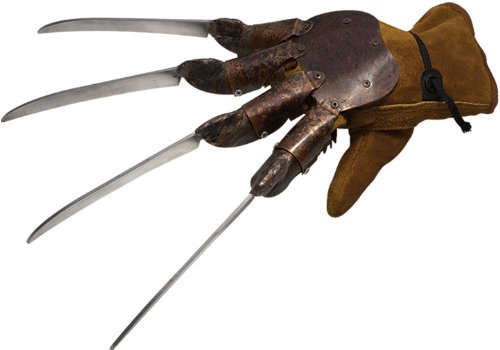 Where Did Freddy Krueger Come From?

Freddy Krueger made his debut onto movie screens in 1984 straight from the mind of Wes Craven. Freddy Krueger was a child murderer who was killed by vigilantes and finds a way to come back………through dreams.

He is there to exact revenge by killing the children of the mob that caused his death. Someone being killed while they sleep? You can imagine why after watching this millions of people worldwide had problems dozing off at night! Freddy Krueger was recognisable by his burnt face (he was killed in a fire), his glove, his fedora hat and his red and green striped sweater.

The costume opposite contains the sweater and mask which means all you need to add is his glove, fedora and a pair of black trousers and shoes and you’re ready to be the 80s infamous bogeyman.

If you already have a fedora hat in your wardrobe then feel free to use it, otherwise you could get the costume hat featured below. This hat is brown, but to be perfectly honest if I saw someone with a black fedora then I wouldn’t realize that the color wasn’t the same as in the movie – would you? 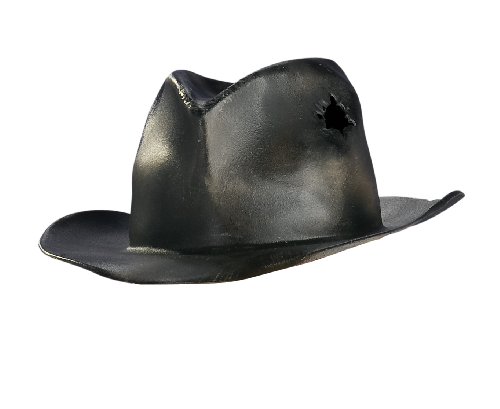 The costume includes the dress (based on the infamous sweater), fedora hat and the glove, all you need to add is a pair of leggings or fishnet tights (depending on the look you prefer) and a pair of shoes.

You could choose to don a Freddy Krueger mask if you wanted to as well.

You can even buy Freddy Krueger in a child’s costume although personally I wouldn’t be telling my daughter about Freddy Krueger. I was much older than she was when he first terrified the life out of me (not literally, but you know what I mean). 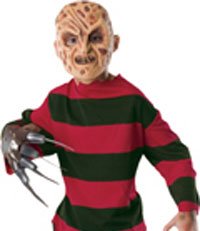 Now I’ve included this costume as it’s the only one I can find for a child at this time. I used to have one that included a mask, but this one only includes the shirt so you’ll need to purchase a mask, glove and hat separately. To be honest I would probably not bother and just buy a striped jumper for your child yourself (at least it will keep him warm). The review of this costume isn’t very flattering and I haven’t been able to see it (in real life) so certainly NOT a recommendation!

Personally, if I were going to encourage a child to dress up as Freddy, I would also have a look on ebay and see if you could find a more ‘complete’ costume rather than having to buy individual bits, although not having the glove might be a great idea depending on your child!

I was blown away when I saw you can even get a Freddy costume for your pet, I really love this idea and think my American Staffy would look awesome as Freddy! 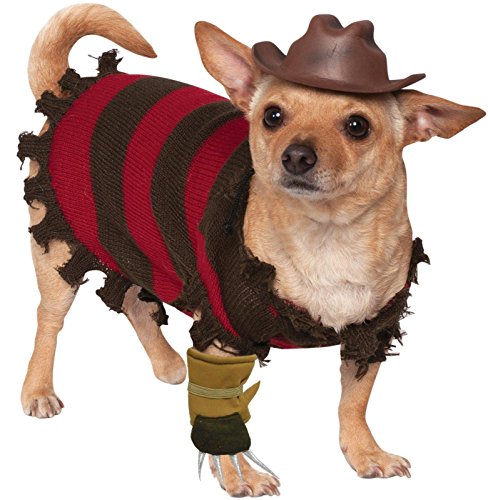